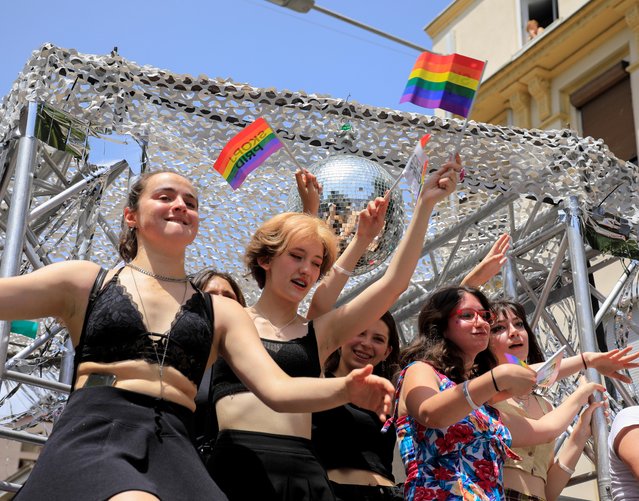 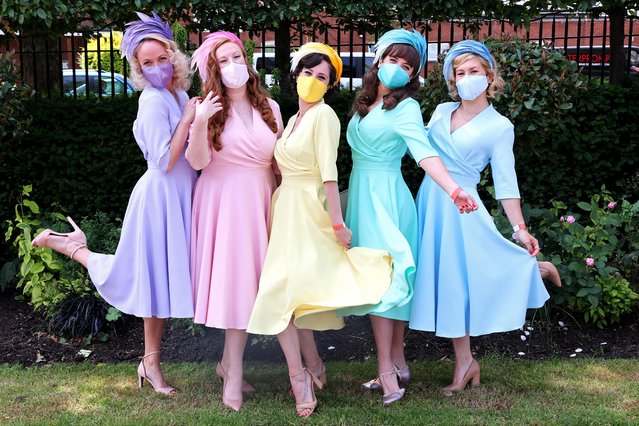 The Tootsie Rollers arrive ahead of day one of Royal Ascot at Ascot Racecourse, west of London on June 15, 2021. Royal Ascot is preparing to open its doors to 12,000 racing fans a day but the coronavirus will still take a significant financial toll on the event. (Photo by Andrew Matthews/PA Images via Getty Images) 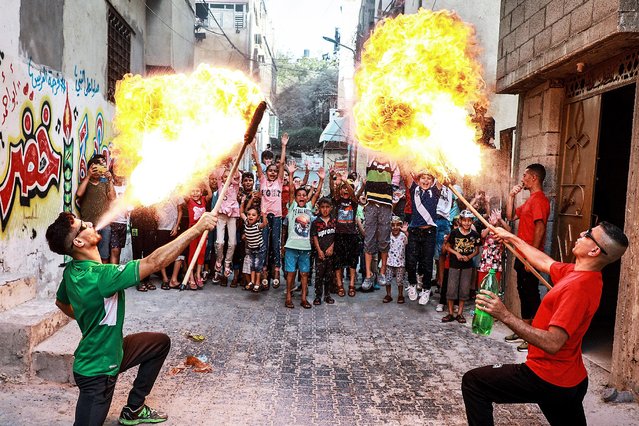 Palestinian members of Gaza’s Bar Woolf sports team perform fire breathing as an entertainment for children at the Beach refugee camp, in Gaza City, on June 9, 2021. Egypt has pledged half a billion dollars to rebuild the blockaded Palestinian enclave, which was bombarded by Israel for 11 days during heavy fighting with Hamas which ended with an Egyptian-brokered ceasefire on May 21. (Photo by Majdi Fathi/NurPhoto/Rex Features/Shutterstock) 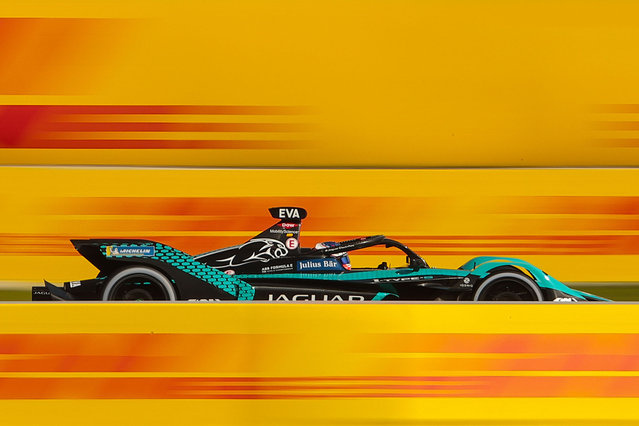 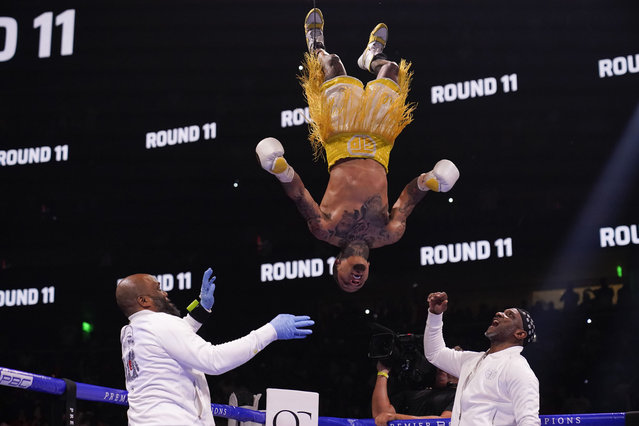 A man makes an adjustment on “Mount Recyclemore”, an artwork depicting the G7 leaders looking towards Carbis Bay, made from electronic waste by Joe Rush and Alex Wreckage, ahead of the G7 summit, at Hayle Towans in Cornwall, Britain, June 8, 2021. (Photo by Tom Nicholson/Reuters) People gather in Washington Square Park for the 3rd annual Queer Liberation March in New York on June 27, 2021. This weekend’s Pride marches in cities around the world come in the wake of a row in Europe over different countries approach to the LGBTQ rights. US President Joe Biden marked Pride Month with joyful optimism and somber reflection on June 25, 2021 as the US president named an LGBTQ rights envoy and created a national memorial marking the deadliest tragedy to hit the country’s gay community. (Photo by Timothy A. Clary/AFP Photo) 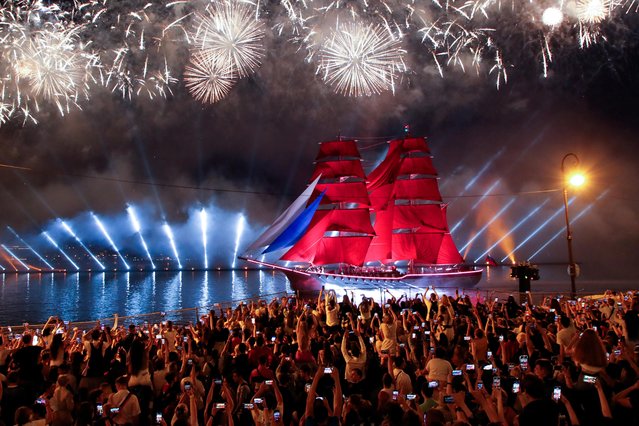 Spectators watch fireworks exploding in the sky and the brig “Rossiya” (Russia) with scarlet sails floating along the Neva River during festivities in honour of school graduates in Saint Petersburg, Russia on June 26, 2021. (Photo by Anton Vaganov/Reuters) 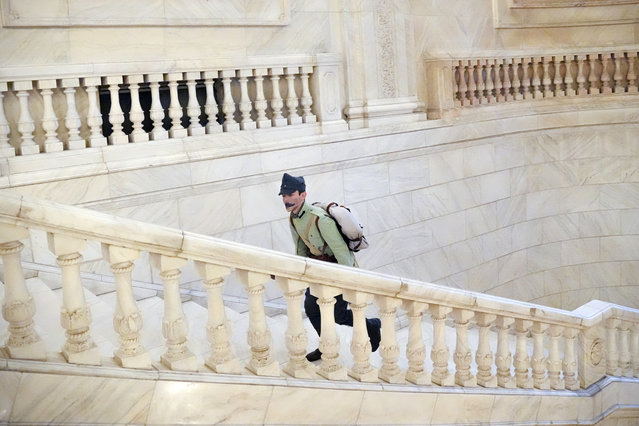 A man wearing a vintage military uniform walks up the stairs at the Palace of the Parliament, the second largest administrative building in the world after the Pentagon, as people took advantage of the opportunity to visit it for free on International Children’s Day in Bucharest, Romania, Tuesday, June 1, 2021. More than ten thousand children and adults visited the communist era building, also known as the House of the People, according to the organizers of the event. (Photo by Vadim Ghirda/AP Photo) 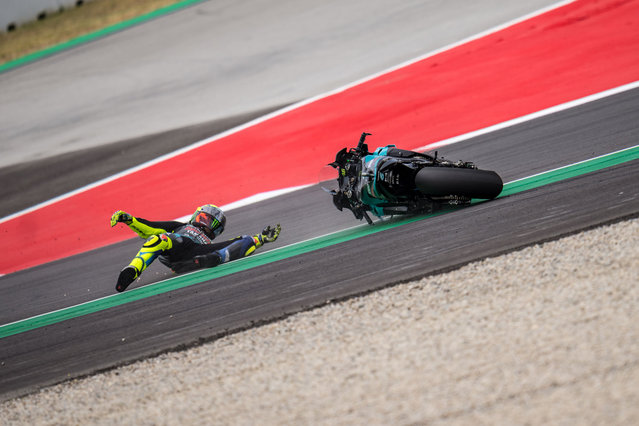 Valentino Rossi of Italy and Petronas Yamaha SRT and bis motorcycle slide over the run-off zone after his crash during the MotoGP Gran Premi Monster Energy de Catalunya at Circuit de Barcelona-Catalunya on June 06, 2021 in Barcelona, Spain. (Photo by Steve Wobser/Getty Images) 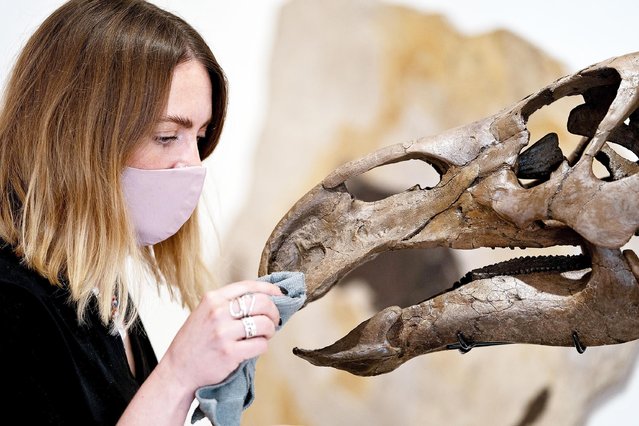 Ed, the fossil skull of an Edmontosaurus dinosaur, gets a polish from Carla Nizzola, the founder of Extraordinary Objects, a new gallery in Cambridge on June 8, 2021. Weighing more than three tonnes, the Edomontosaurus was a plant-eating dinosaur that lived from 76 million to 65 million years ago. (Photo by Joe Giddens/PA Wire Press Association) 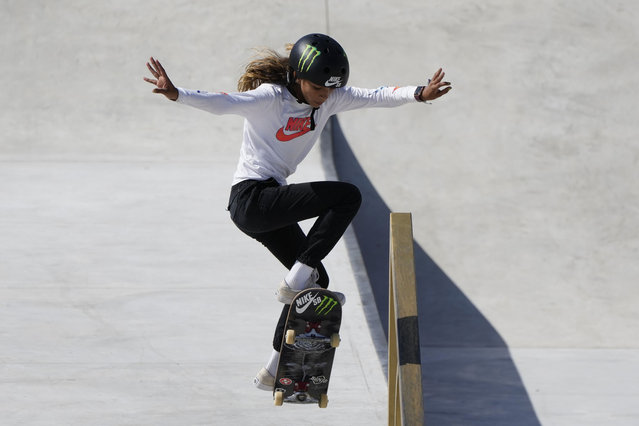