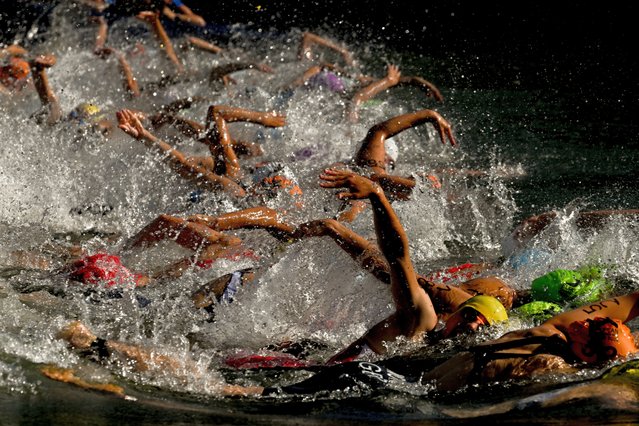 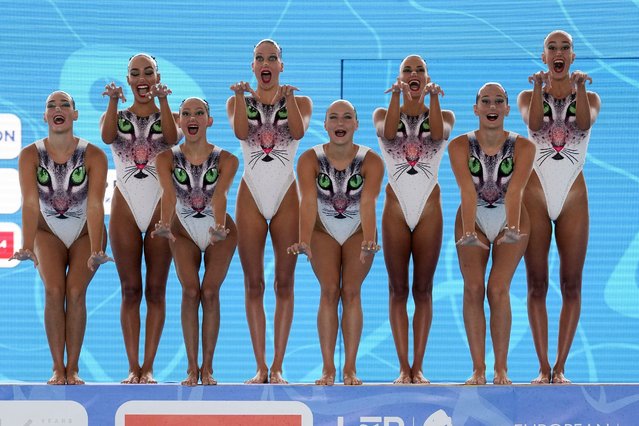 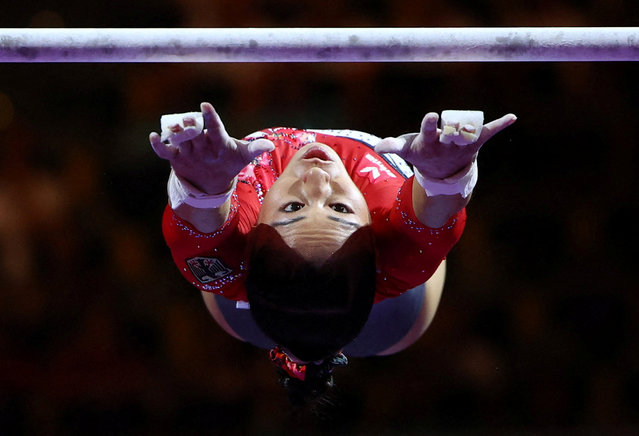 Kim Bui of Germany competes in the Women’s Uneven Bars Final during the Artistic Gymnastics competition on day 4 of the European Championships Munich 2022 at Olympiapark on August 14, 2022 in Munich, Germany. (Photo by Kai Pfaffenbach/Reuters) 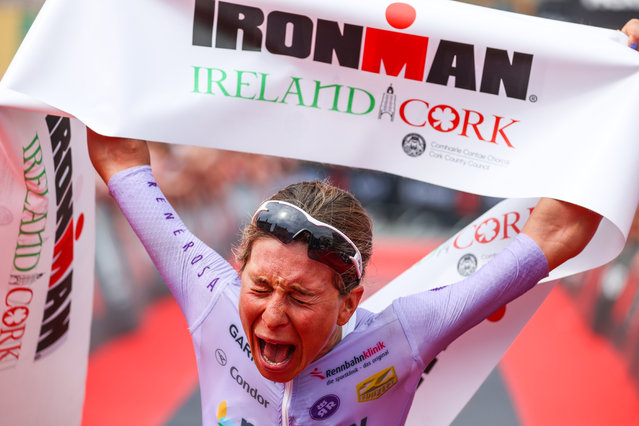 Svenja Thoes of Germany reacts after winning the womens race at IRONMAN Ireland, Cork on August 14, 2022 in Cork, Ireland. (Photo by Nigel Roddis/Getty Images for IRONMAN) 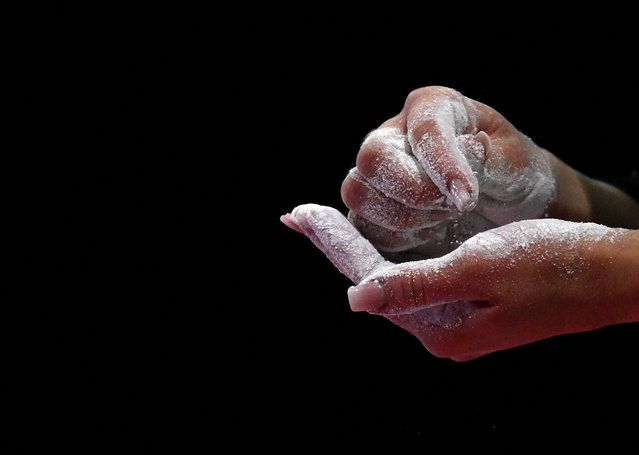 Hungarian Zsofia Kovacs prepares her hands before before she starts to the the Women’s Floor Exercise Final event at the European Artistic Gymnastics Championships in Munich, southern Germany on August 14, 2022. The event is part of the European Championships Munich 2022 running from August 11 to 21, 2022 and including nine different types of sport. (Photo by Christof Stache/AFP Photo) 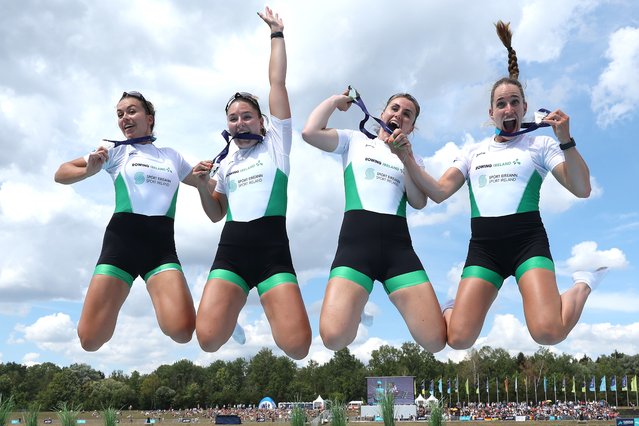 Silver medalists Natalie Long, Aifric Keogh, Tara Hanlon and Eimear Lambe of Ireland celebrate during the medal ceremony for the Women’s Four Final A on day 3 of the European Championships Munich 2022 at Munich Olympic Regatta Centre on August 13, 2022 in Munich, Germany. (Photo by Alexander Hassenstein/Getty Images) 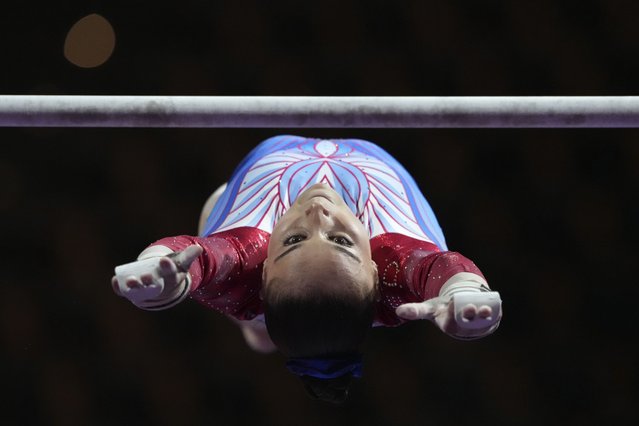 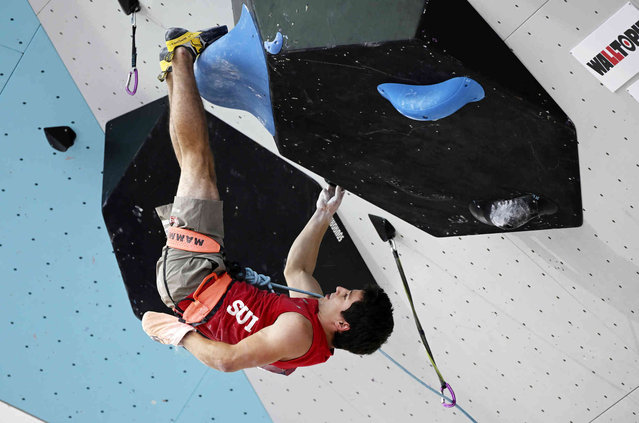 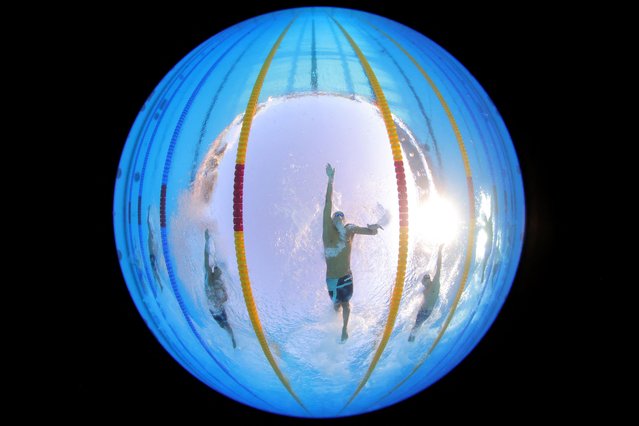 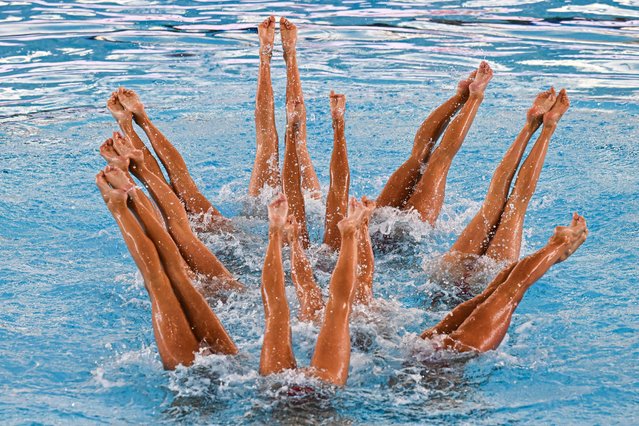 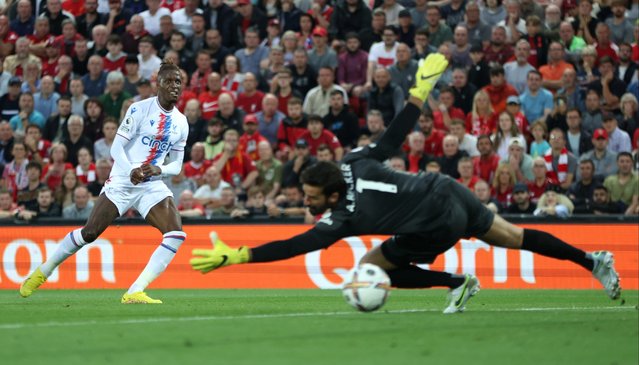 Wilfried Zaha of Crystal Palace scores their team’s first goal past Alisson Becker of Liverpool during the Premier League match between Liverpool FC and Crystal Palace at Anfield on August 15, 2022 in Liverpool, England. (Photo by Clive Brunskill/Getty Images) 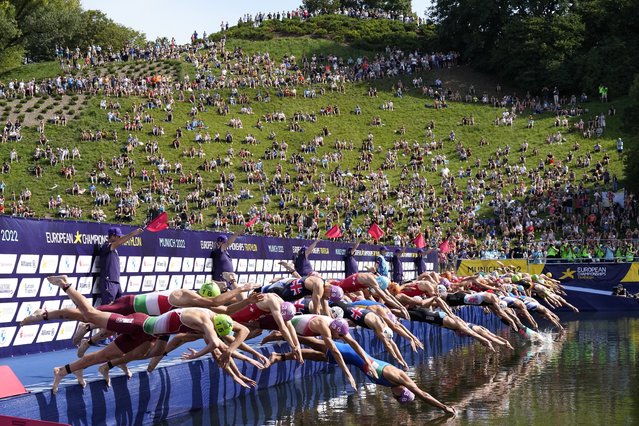 Athletes start in the men’s Triathlon during the European Championships in Munich, Germany, Saturday, August 13, 2022. (Photo by Martin Meissner/AP Photo) Fionnuala McCormack of Ireland competes with the leading field during the Women’s Marathon Final on day 5 of the European Championships Munich 2022 Koenigsplatz on August 15, 2022 in Munich, Germany. (Photo by Sebastian Widmann/Getty Images) 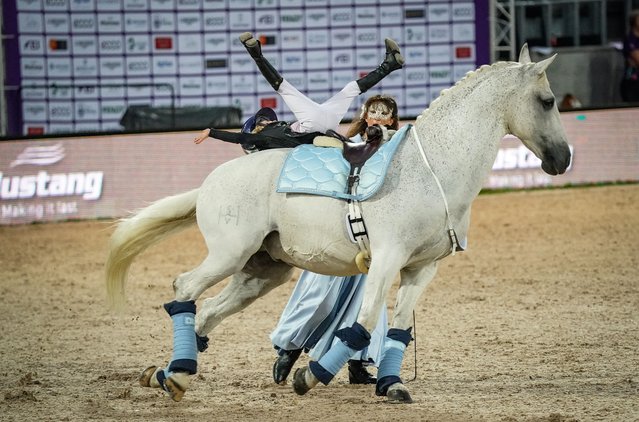 A Look at Life in Africa