HomeAfricaBest photos of A Look at Life in Africa
Africa 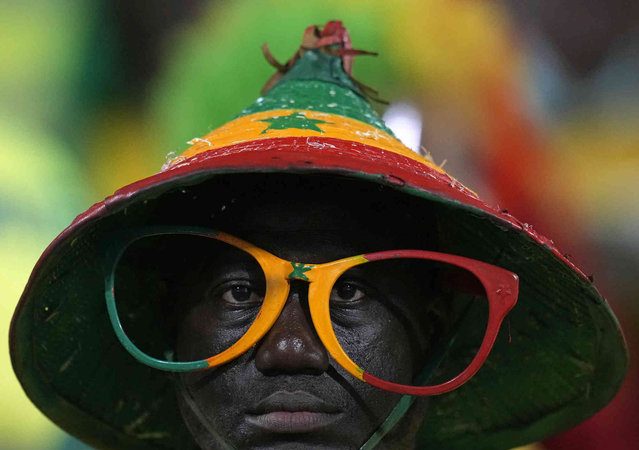 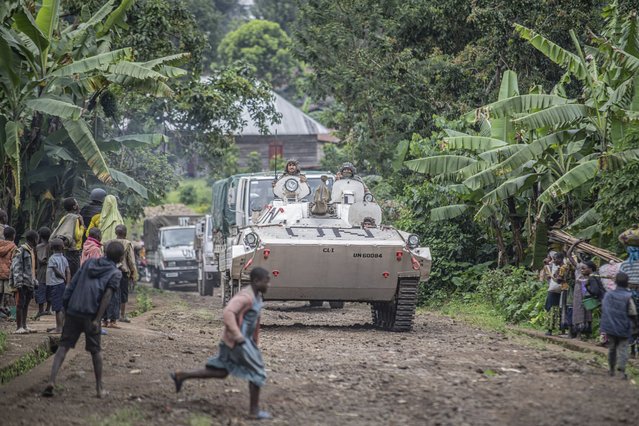 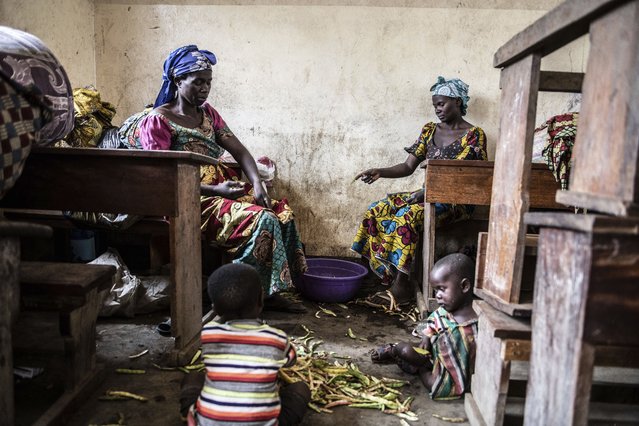 People fleeing the fighting between M23 forces and Congolese army find refuge in a church in Kibumba, north of Goma, Democratic Republic of Congo, Friday January 28, 2022. In the past week, inhabitants from six villages in the country’s east – including, Bukima, Nyesisi, and Ruhanga – have fled the violence. At least 2,000 people are now living in improvised shelters, in churches, schools or with host families. (Photo by Moses Sawasawa/AP Photo) 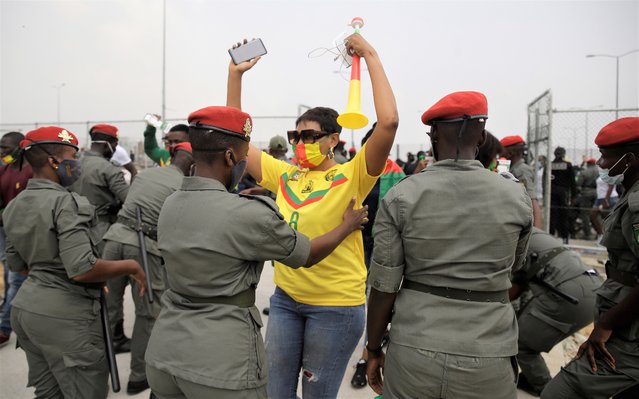 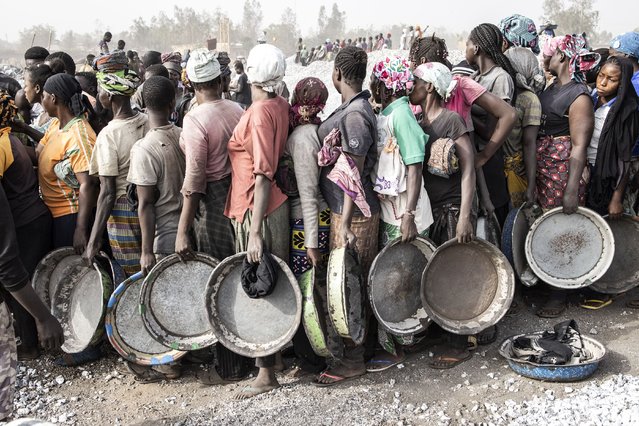 Women wait in line to collect their pay at Pissy Granite Mine in the centre of Ouagadougou on January 29, 2022. Surrounded by roads, houses and administrative building in Ouagadougou lies the massive, forty year old Pissy Granite Mine. Hundreds of artisanal miners work cracking the granite slabs and carry out small and large chunks up the steep walls of the crater for a few euros a day. (Photo by John Wessels/AFP Photo) 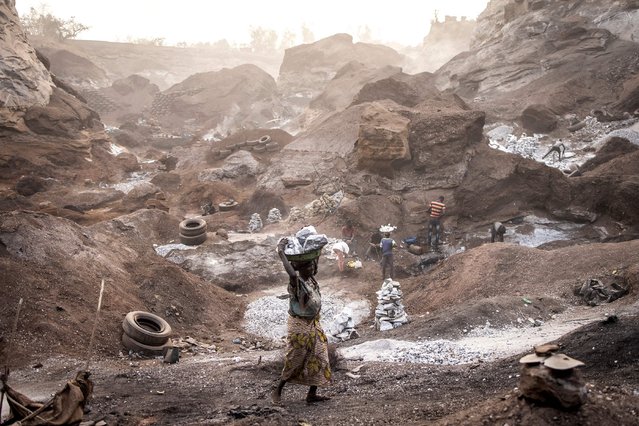 A woman carries out a pan of granite up the side of Pissy Granite Mine in the centre of Ouagadougou on January 28, 2022. (Photo by John Wessels/AFP Photo) 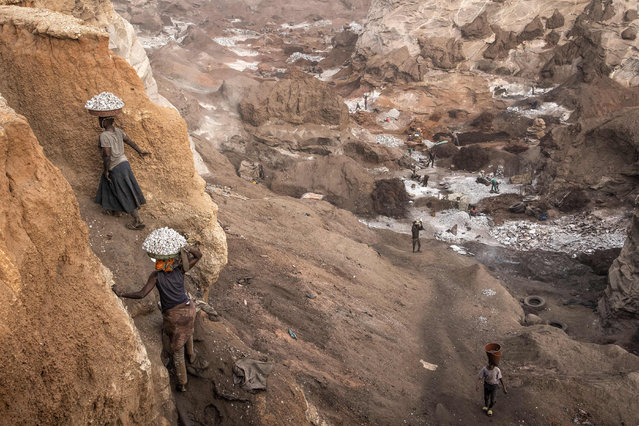 Women carry pans of granite up the side of Pissy Granite Mine in the centre of Ouagadougou on January 28, 2022. (Photo by John Wessels/AFP Photo) 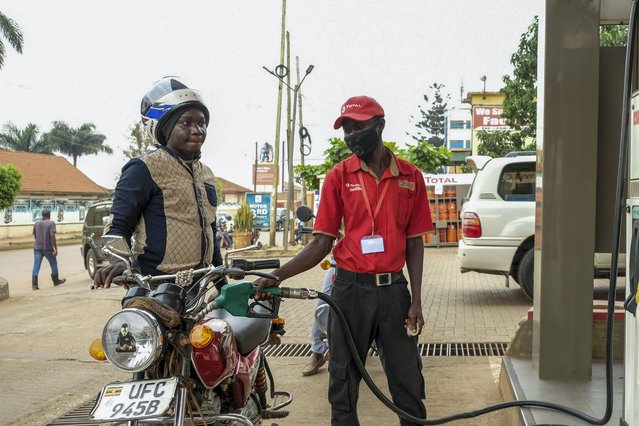 An attendant fuels a motorcycle at a Total gas station in the Kamwokya suburb of Kampala, Uganda Tuesday, February 1, 2022. Uganda and a group of investors on Tuesday announced their decision to finally proceed with oil production following years of setbacks that threatened the East African country’s efforts to become an oil exporter. The China National Offshore Oil Corporation and the French energy conglomerate TotalEnergies said Tuesday that the investment in Uganda would be more than $10 billion. (Photo by Hajarah Nalwadda/AP Photo) 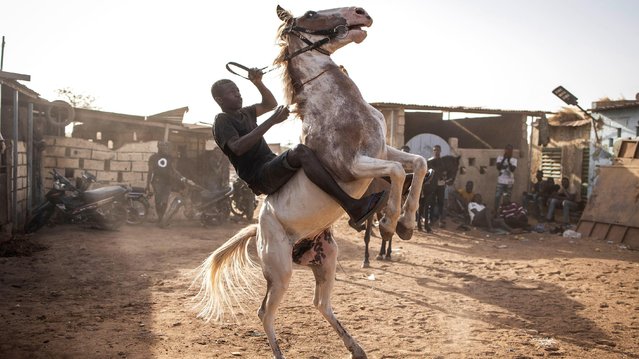 A jockey practices to control his horse in Ouagadougou on February 01, 2022. For many Burkinabe horse culture plays an important role in their lives, from raising horses for racing or dressage, or to the Sunday horse racing events at the local track. The famous cowboys win millions of West African Francs from the races and secretly train horses at night to perform dressage, some even call them selves cowboys and dress accordingly. (Photo by John Wessels/AFP Photo) 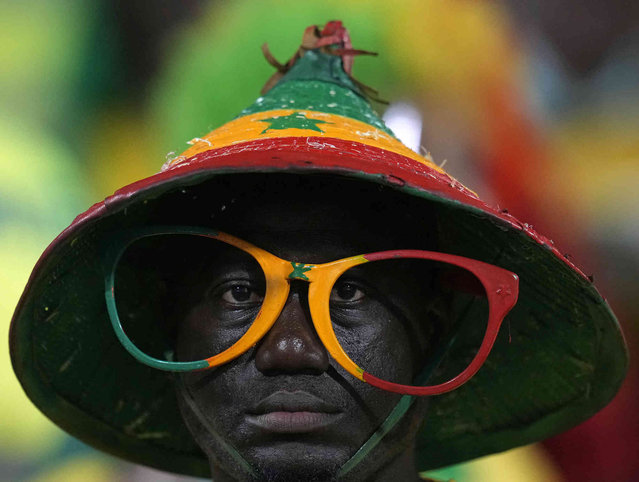 A Senegal supporter prior to the start of the African Cup of Nations 2022 semifinal soccer match between Burkina Faso and Senegal at the Ahmadou Ahidjo stadium in Yaounde, Cameroon, Wednesday, February 2, 2022. (Photo by Themba Hadebe/AP Photo) 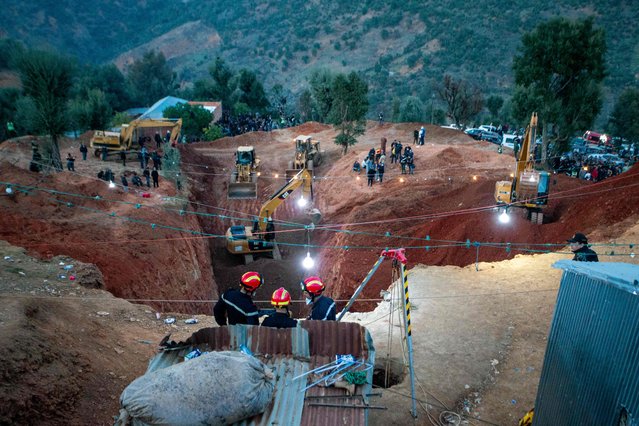 Moroccan authorities and firefighters work to rescue five-year-old boy Rayan, who is trapped in a deep well for over two days, near Bab Berred in Morocco’s rural northern province of Chefchaouen on February 3, 2022. Moroccans waited anxiously as authorities said a dramatic operation to rescue a young boy trapped in a deep well for more than 40 hours was nearing its end. (Photo by AFP Photo/Stringer) 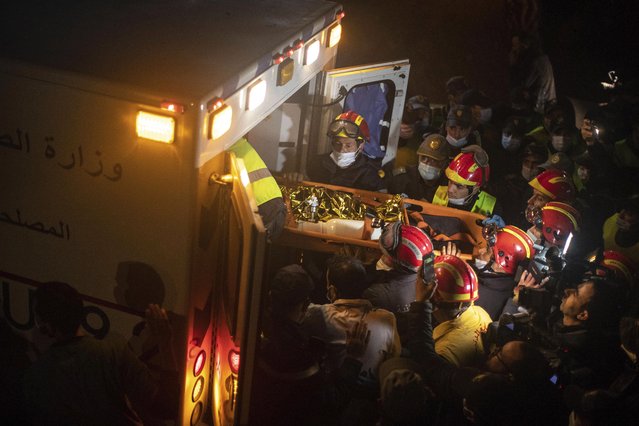 The body of 5-year-old Rayan, wrapped in foil, is retrieved after he fell into a hole and was stuck there for several days, in the village of Ighran in Morocco’s Chefchaouen province, Saturday, February 5, 2022. (Photo by Mosa’ab Elshamy/AP Photo)