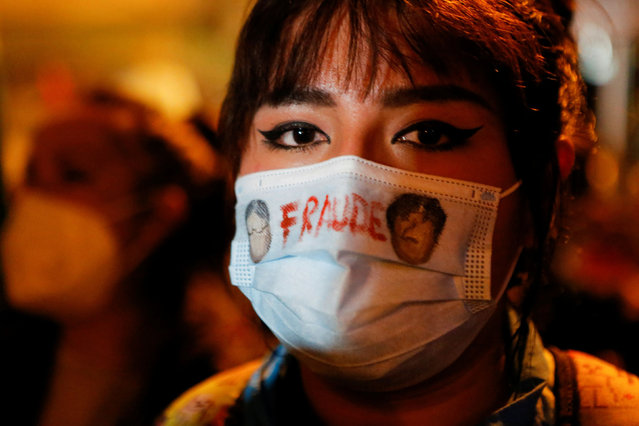 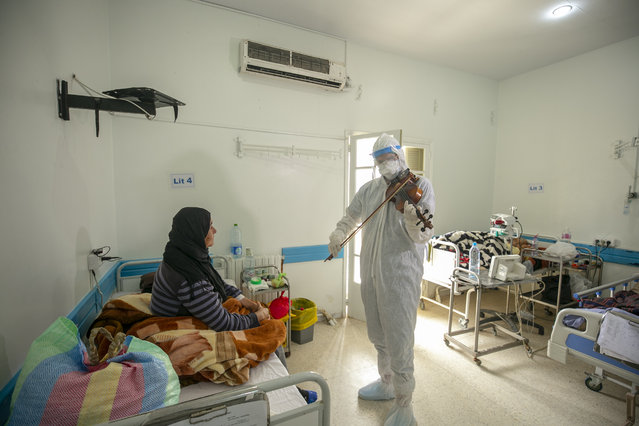 Dr. Mohamed Salah Siala, 25, plays violin for his COVID-19 patients during their treatment process for boosting the morale of coronavirus sufferers who remained isolated and needed a smile, at Hedi Chaker Hospital in Sfax, Tunisia on March 02, 2021. (Photo by Yassine Gaidi/Anadolu Agency via Getty Images) 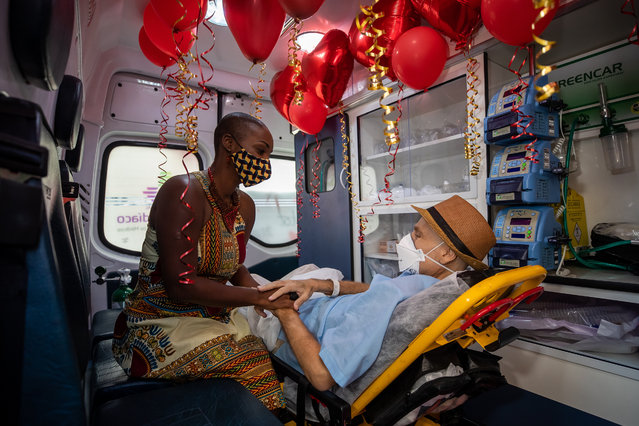 Bruno de Nicola, 43, cuisine chef at the Italian Consulate in Rio de Janeiro, and Eunice Cides de Oliveira wait for their wedding ceremony inside an ambulance on March 11, 2021 in Rio de Janeiro, Brazil. Bruno and “Nice” met five years ago at the consulate and already had a date to get married. During the coronavirus pandemic, Bruno was diagnosed with skin cancer and underwent treatment and at the end of last year it was discovered that the cancer had returned. Bruno contracted Covid-19 during his cancer treatment. Due to the prognosis and the pandemic, the couple decided to cancel the marriage. Bruno’s doctor was moved by their story and insisted that the couple should get married. The Pro-Cardiaco Hospital where he does his treatment arranged for a small ceremony to take place inside an ambulance in front of the registry. (Photo by Buda Mendes/Getty Images) 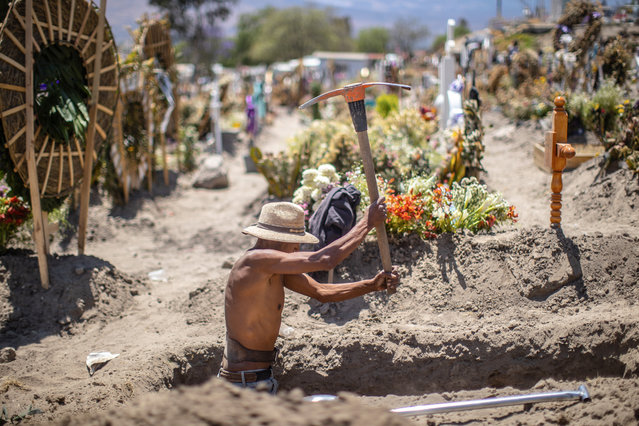 A gravedigger digs a grave in the San Miguel Xico Cemetery on March 25, 2021 in Valle de Chalco, Mexico. Johns Hopkins University reported yesterday that Mexico reached 199,627 deaths related to COVID-19 and the country could surpass the 200,000 victims today. Mexico is the third country with most reported deaths, only after United States and Brazil, representing one of every five deceases in the world. Since the beginning of the pandemic, 2.208.755 positive cases of coronavirus have been reported in Mexico. According to the National Government, over 6 million vaccines have been administrated to date. (Photo by Hector Vivas/Getty Images) 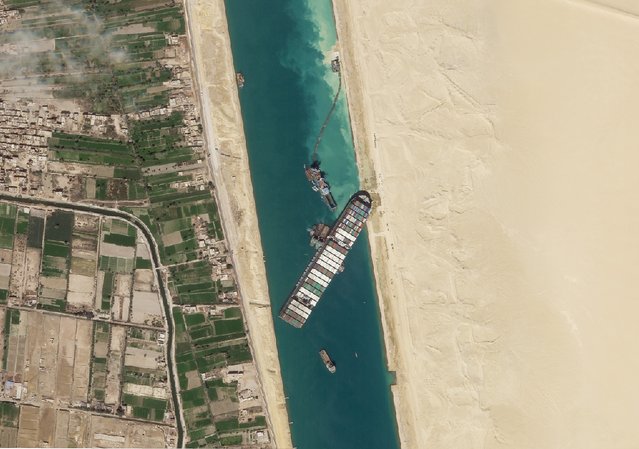 This satellite image from Planet Labs Inc. shows the cargo ship MV Ever Given stuck in the Suez Canal near Suez, Egypt, Sunday, March 28, 2021. Two additional tugboats sped Sunday to Egypt’s Suez Canal to aid efforts to free a skyscraper-sized container ship wedged for days across the crucial waterway, even as major shippers increasingly divert their boats out of fear the vessel may take even longer to free. (Photo by Planet Labs Inc. via AP Photo) 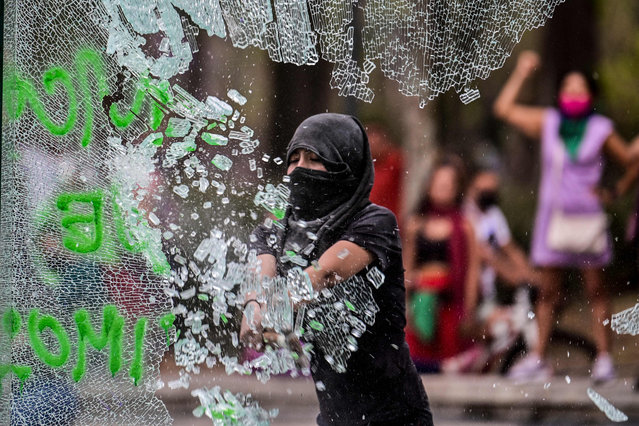 A woman breaks a glass at the entrance of Hidalgo metro station during a demonstration to commemorate the International Women’s Day in Mexico City, on March 8, 2021. (Photo by Pedro Pardo/AFP Photo) 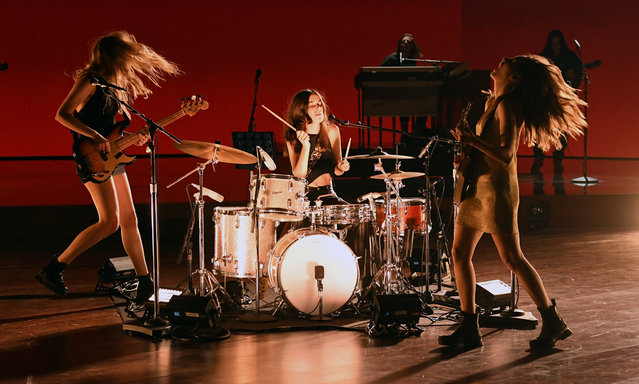 In this image released on March 14, Este Haim, Daneille Haim, and Alana Haim of HAIM perform onstage during the 63rd Annual GRAMMY Awards at Los Angeles Convention Center in Los Angeles, California and broadcast on March 14, 2021. (Photo by Kevin Winter/Getty Images for The Recording Academy) 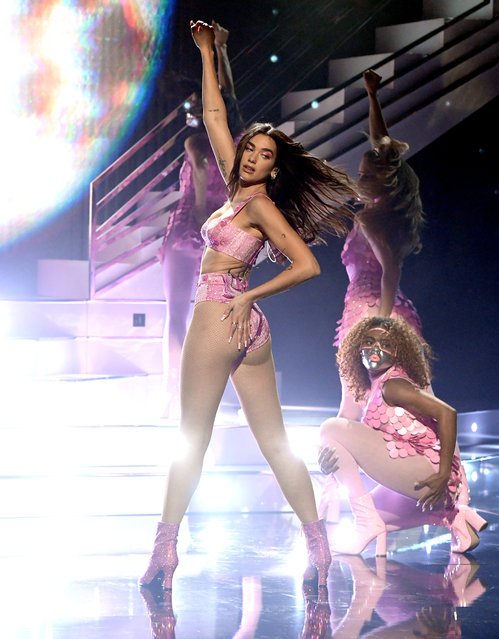 In this image released on March 14, Dua Lipa performs onstage during the 63rd Annual GRAMMY Awards at Los Angeles Convention Center in Los Angeles, California and broadcast on March 14, 2021. (Photo by Kevin Winter/Getty Images for The Recording Academy) 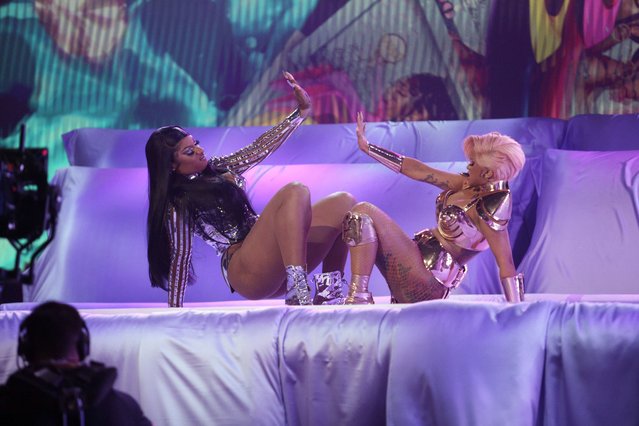 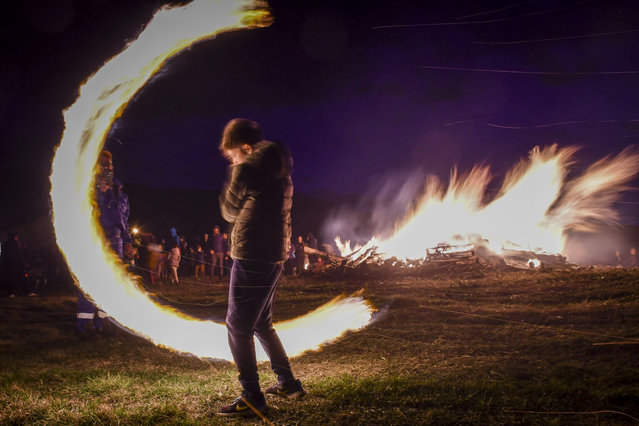 Child spinning fireball near a bonfire during the celebration of “Sirni Zagovezni”, a popular Orthodox Christian holiday which takes place seven weeks before Easter and marks the beginning of the longest period of fasting in the village of Gorni Lozen, Bulgaria on March 14, 2021. (Photo by Georgi Paleykov/NurPhoto/Rex Features/Shutterstock) 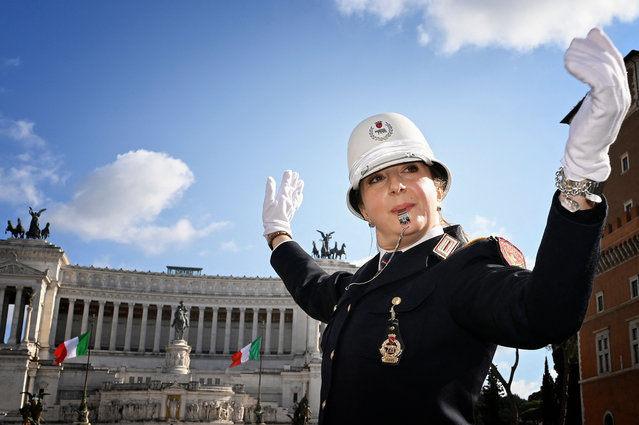 Female municipal police traffic officer, Cristina Corbucci directs traffic on the historic platform on Piazza Venezia in central Rome on March 26, 2021 amid restrictions of the Covid-19 coronavirus pandemic. Corbucci is the first woman to climb the historic platform of Piazza Venezia, after the new commander of Rome’s local police decided to break with the all-male tradition. (Photo by Alberto Pizzoli/AFP Photo) 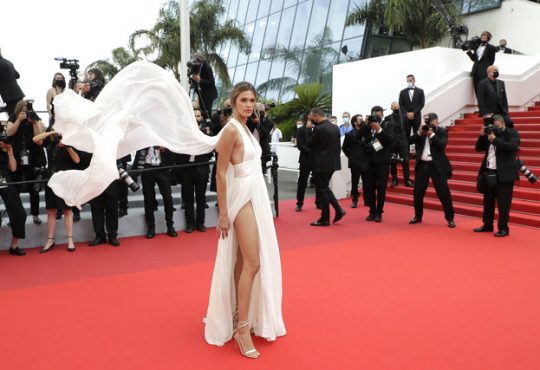 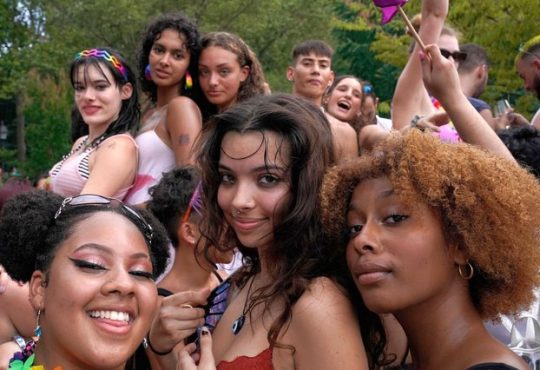