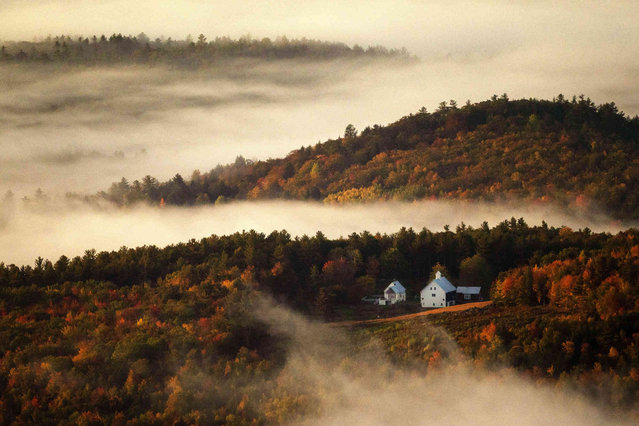 Valley fog wafts through the autumn-colored hills near the Picket Hill Farm, Wednesday morning, October 13, 2021, in Denmark, Maine. The farm complex was built in the 1830s. (Photo by Robert F. Bukaty/AP Photo) 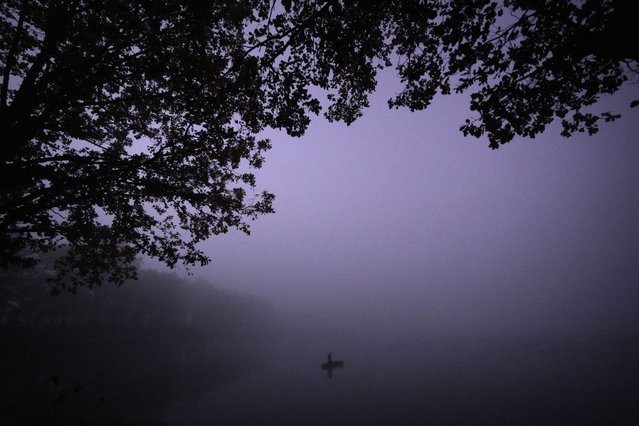 Fisherman on a small boat takes part in the traditional fish haul of the Buzice pond near the town of Blatna, Czech Republic, Thursday, October 28, 2021. Each autumn, Czech fishermen get to serious business of a century-long tradition of catching carp for Christmas markets. Czechs consider the fish a delicacy, and many cannot imagine the festive season without it. (Photo by Petr David Josek/AP Photo) 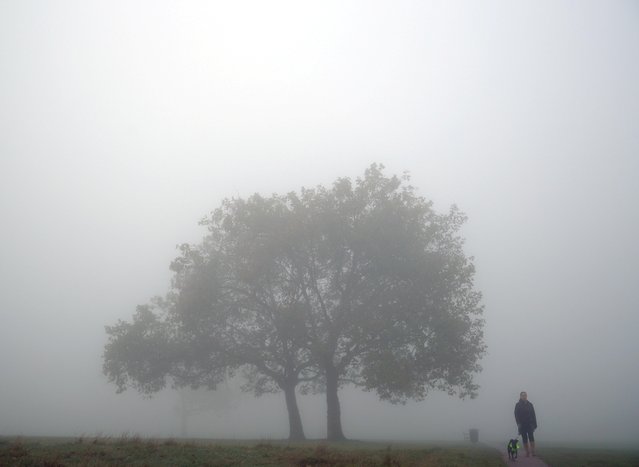 A woman walks with a dog through thick fog on Streatham Common in London, Britain, October 9, 2021. (Photo by Hannah McKay/Reuters) 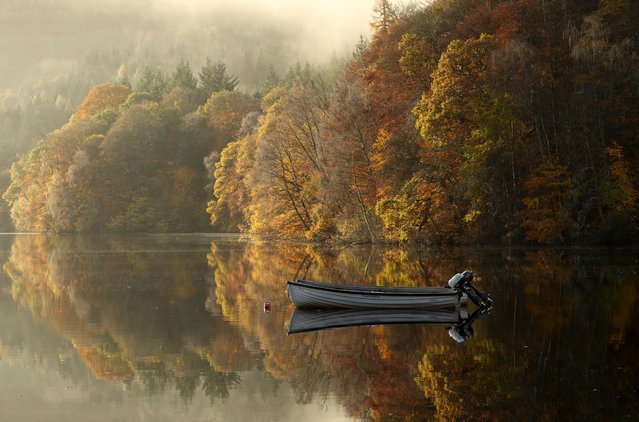 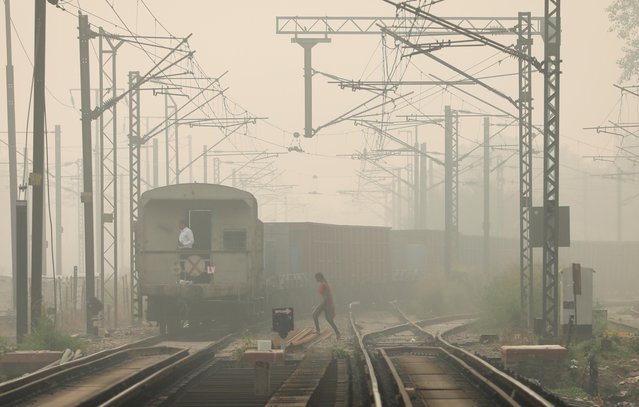 A woman crosses railway tracks as a goods train passes by, on a smoggy day in New Delhi, India, November 12, 2021. (Photo by Anushree Fadnavis/Reuters) 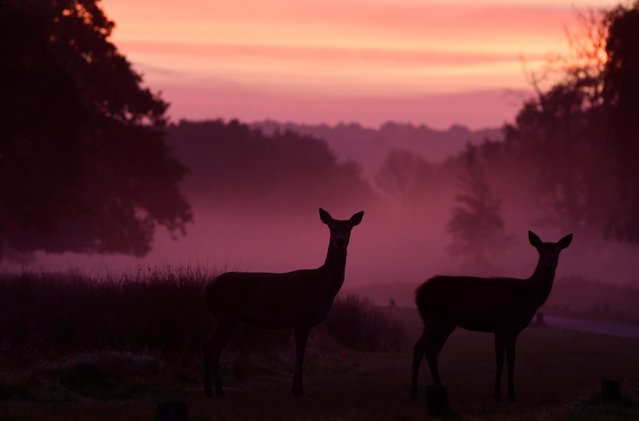 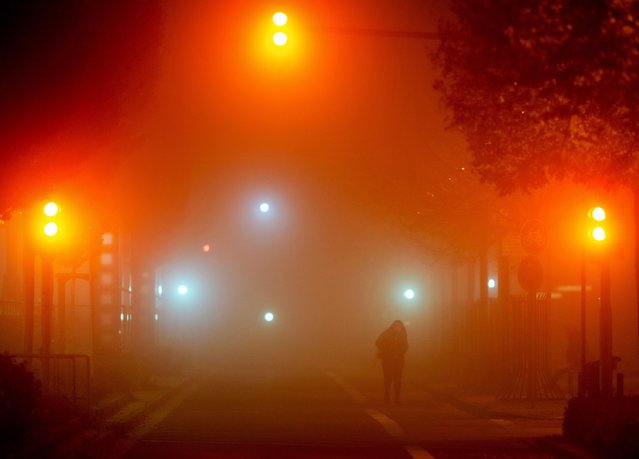 A woman crosses the street on a foggy morning in Frankfurt, Germany, Friday, October 29, 2021. (Photo by Michael Probst/AP Photo) 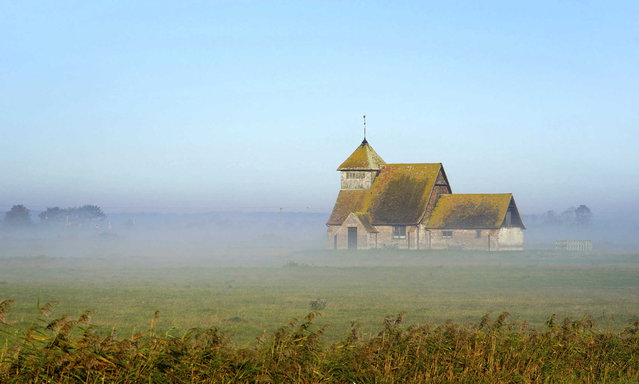 A view of St Thomas Becket church during the morning sunshine in Fairfield near Ashford, Tuesday November 2, 2021. The tiny building dates back to the late 12th century and sits isolated in a field cut through with dykes and grazed by sheep on the Romney Marsh in Kent. (Photo by Gareth Fuller/PA Wire via AP Photo) 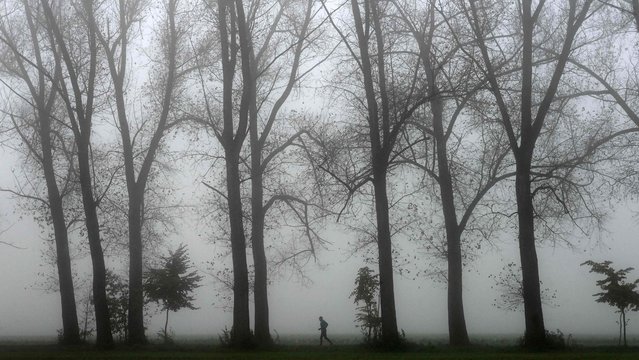 A man runs along trees near the small Bavarian village of Groebenzell, southern Germany, on a foggy morning on October 29, 2021. (Photo by Christof Stache/AFP Photo) 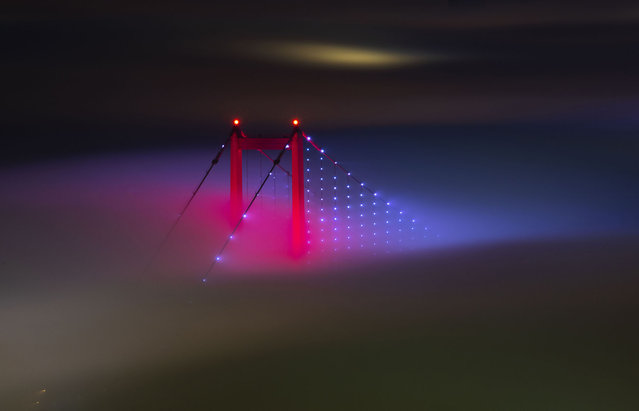 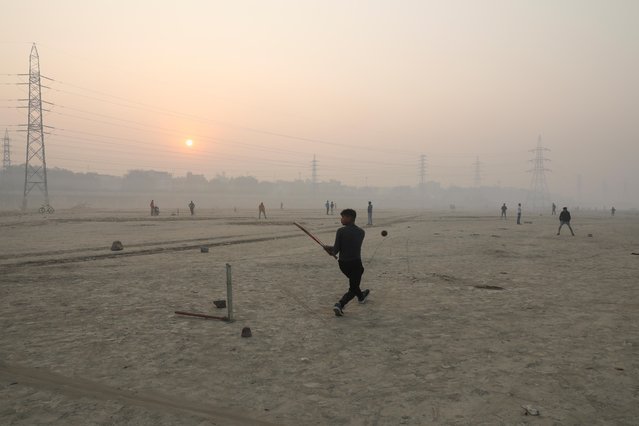 A boy plays cricket on the floodplains of the Yamuna river on a smoggy morning in New Delhi, India, November 17, 2021. (Photo by Anushree Fadnavis/Reuters) 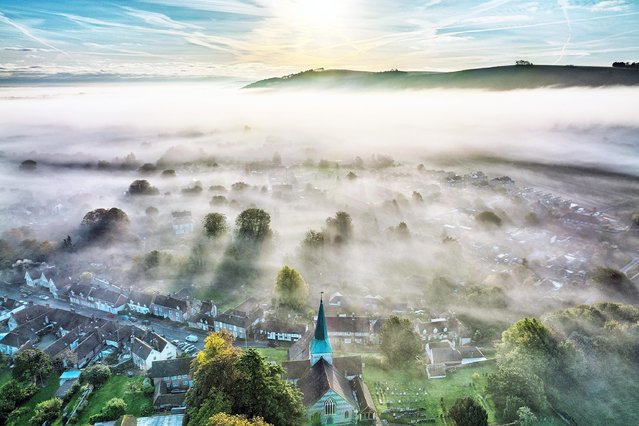 Mist over the village of South Harting, West Sussex morning October 13, 2021, with the rise of the South Downs visible behind. Settled weather is predicted for most of Britain over the next few days. (Photo by Chris Gorman/Big Ladder) 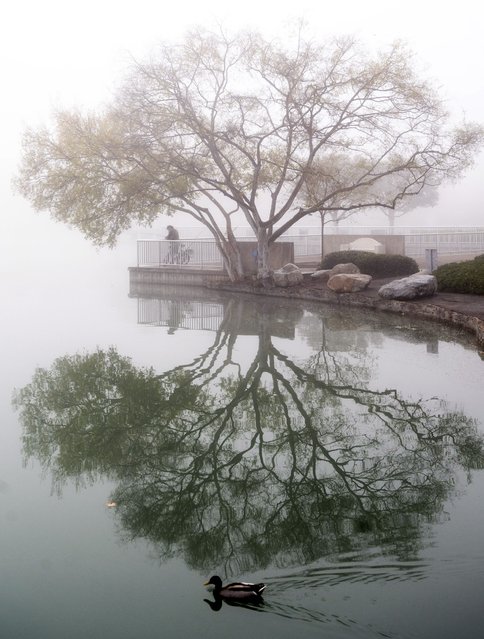 A man fishes during a foggy morning at North Lake in Irvine, Calif., on Tuesday, November 30, 2021. Dense fog covered much of Orange County. (Photo by Paul Bersebach/The Orange County Register via AP Photo) 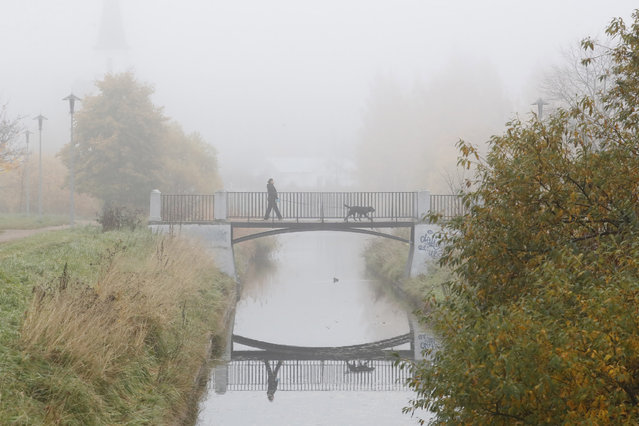 People walk in the seasonally colored Pulkovsky Park during a fog with the Church of St. George the Victorious in the background in St. Petersburg, Russia, 14 October 2021. The autumn temperature in St. Petersburg reached five degrees Celsius. (Photo by Anatoly Maltsev/EPA/EFE) 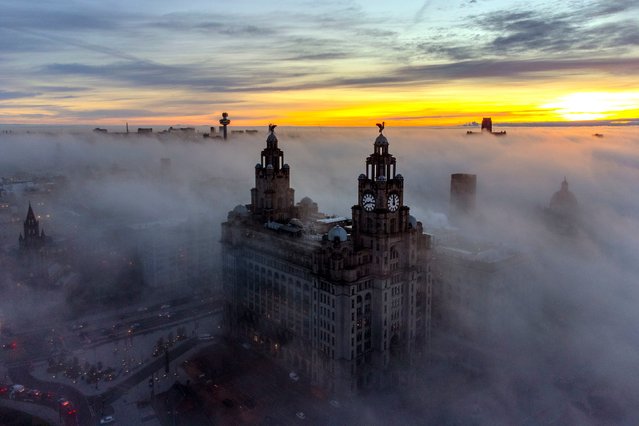 The Royal Liver Buildings surrounded by the early morning fog in Liverpool on Tuesday, December 14, 2021. (Photo by Peter Byrne/PA Images via Getty Images)