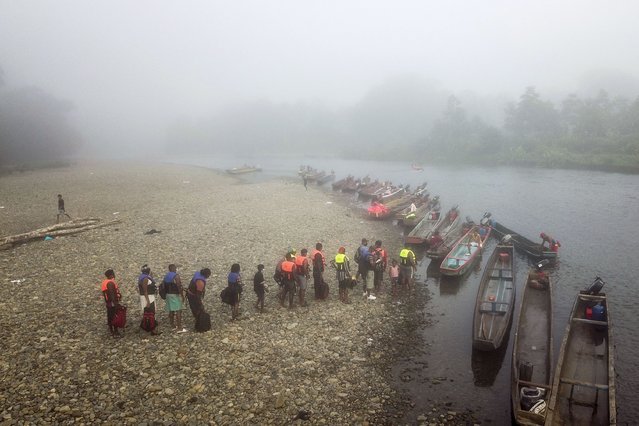 Migrants queue to be transported from Bajo Chiquito village to the Migrants Reception Station in Lajas Blancas, Darien Province, in Panama on August 23, 2021. Migrants from Haiti and other countries arrive in Panamanian territory, after walking for five days in the Darien Gap. Panama and Colombia reached an agreement to control the flood of migrants crossing the common border to the United States. (Photo by Rogelio Figueroa/AFP Photo) 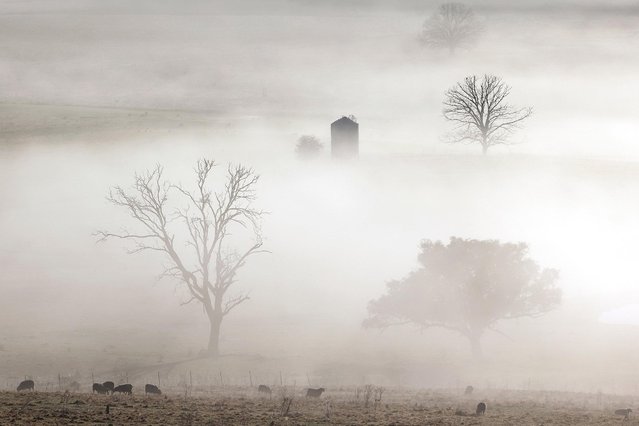 The Valley of Emu Swamp near Orange is seen covered in early morning fog on September 24, 2021 in Orange, Australia. Orange is a regional town on the Central Tablelands of New South Wales, 250 kms west from Sydney. (Photo by Mark Evans/Getty Images) 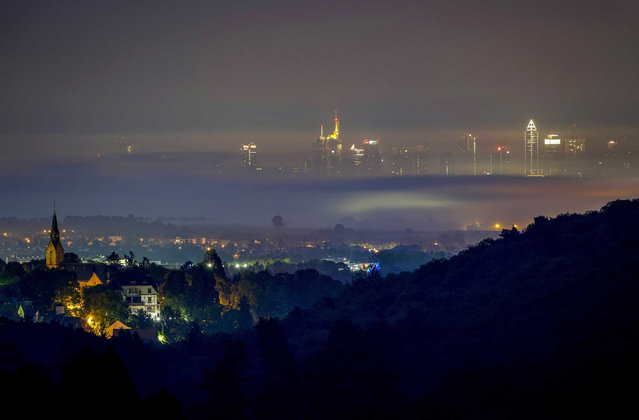 The church of Kronberg stands above the fog that drifts by the buildings of the banking district in Frankfurt, Germany, Saturday, September 18, 2021. (Photo by Michael Probst/AP Photo) 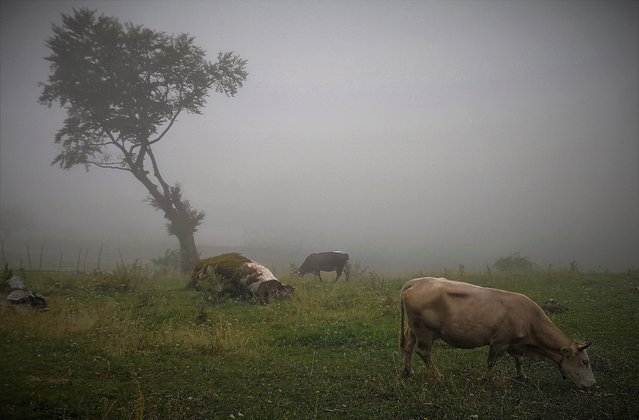 Romanian cows belonging to a small peasant farm graze on a ridge of Carpathian mountains, as seen trough a thick fog, near the village of Pestera, Romania, 18 August 2021. (Photo by Robert Ghement/EPA/EFE) 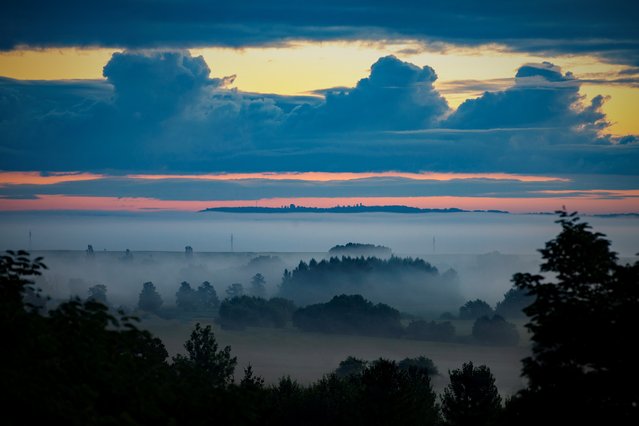 The fog lifts at sunrise in Principalis Valley, near Zalaszentbalazs, Hungary, 24 August 2021. (Photo by Gyorgy Varga/EPA/EFE) 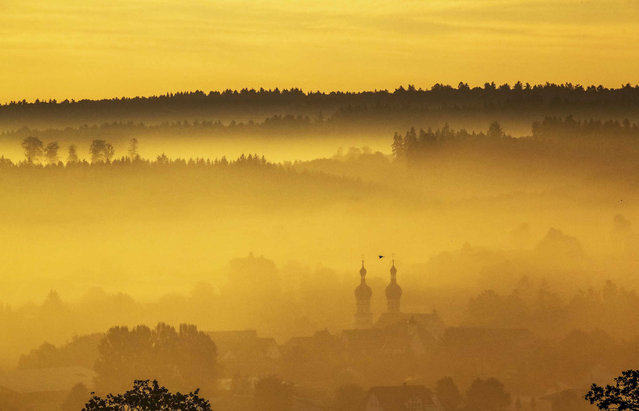 A bird flies past the spires of the church of St. Jude and Simon in Uttenweiler in the morning in the yellowish fog caused by the rising sun in Uttenweiler-Offingen, Germany, Sunday, October 3, 2021. (Photo by Thomas Warnack/dpa via AP Photo) 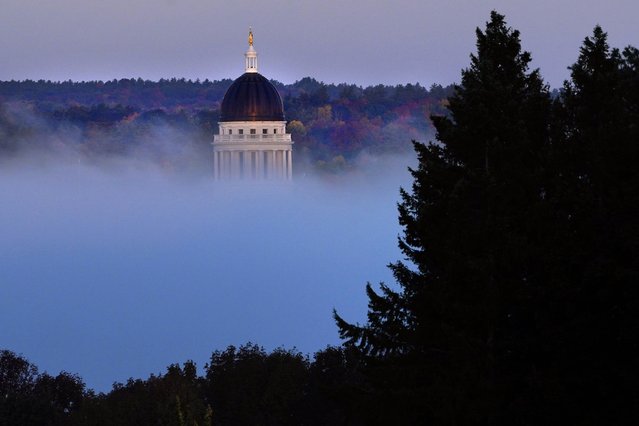 The Maine State House towers over a fog bank rising from the Kennebec River on a chilly morning, Thursday, October 7, 2021, in Augusta, Maine. (Photo by Robert F. Bukaty/AP Photo) 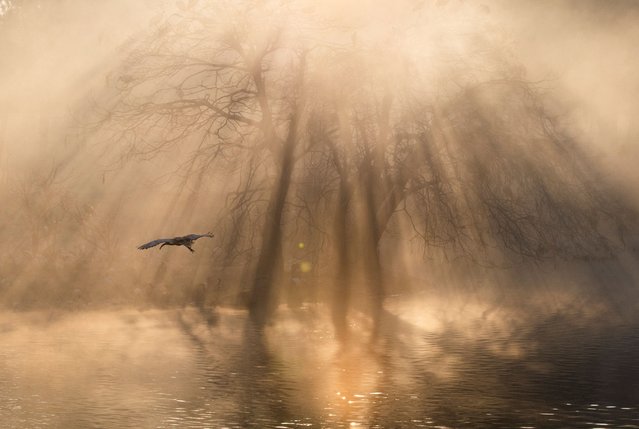 The morning sun rises behind the Zoo lake bird colony which is on an island in the popular lake in Johannesburg, South Africa, 17 August 2021. The bird colony sees hundreds of ibis birds roosting overnight in the trees on the island before they fly to various other areas in the city during the day. (Photo by Kim Ludbrook/EPA/EFE) 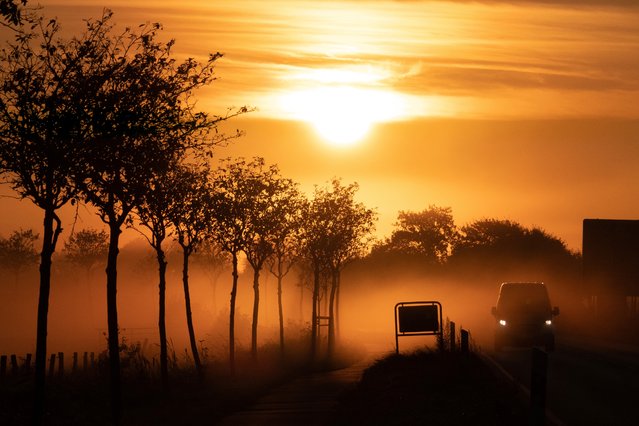 A car is driving on a country road in the fog as the sun rises in Schleswig-Holstein, Tating on October 7, 2021. (Photo by Bodo Marks/dpa) 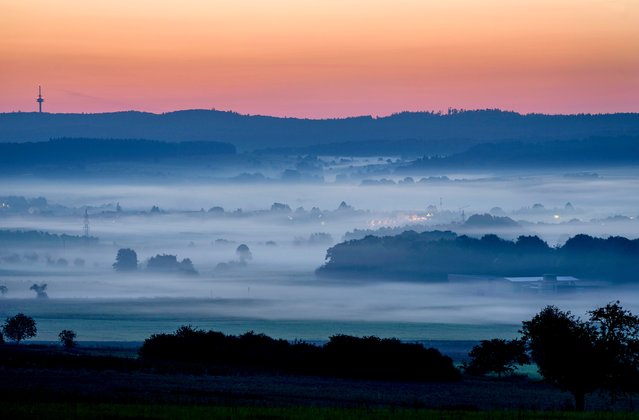 Fog lies over the fields of the Taunus region near Frankfurt, Germany, Wednesday, September 8, 2021. (Photo by Michael Probst/AP Photo) 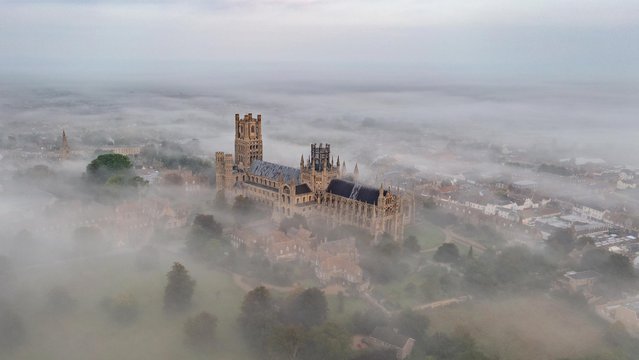 Ely cathedral in Cambridgeshire, United Kingdom is shrouded in mist yesterday morning, October 9, 2021. Today most areas of the country will be dry with sunny spells. (Photo by Geoff Robinson Photography) 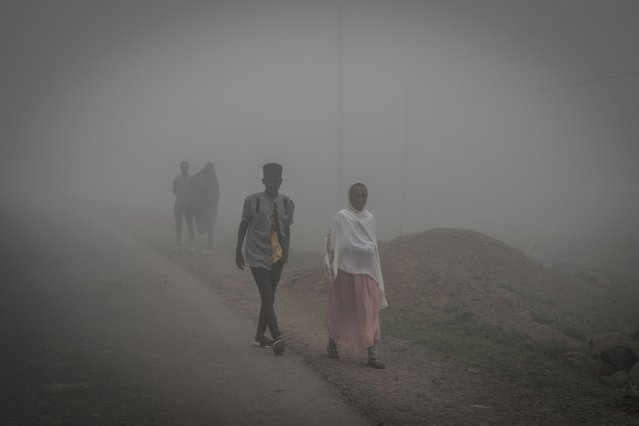 People walk in fog in Amba Giorgis, 40 kilometers Northeast of the city of Gondar, Ethiopia, on September 17, 2021. (Photo by Amanuel Sileshi/AFP Photo) 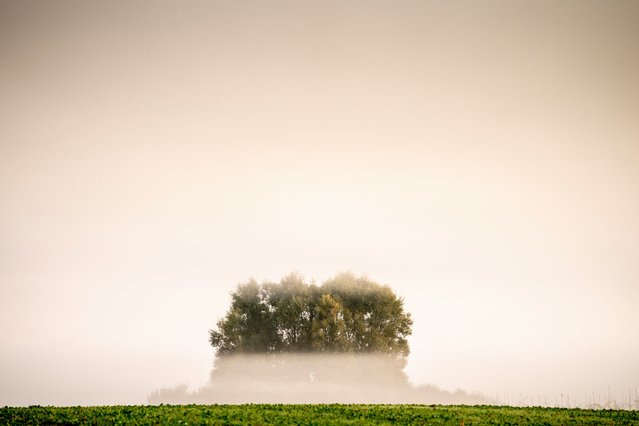 A view of trees shrouded in fog on a late summer morning between Tureby and Slimminge on Zealand, Denmark, 10 September 2021. (Photo by Mads Claus Rasmussen/EPA/EFE) 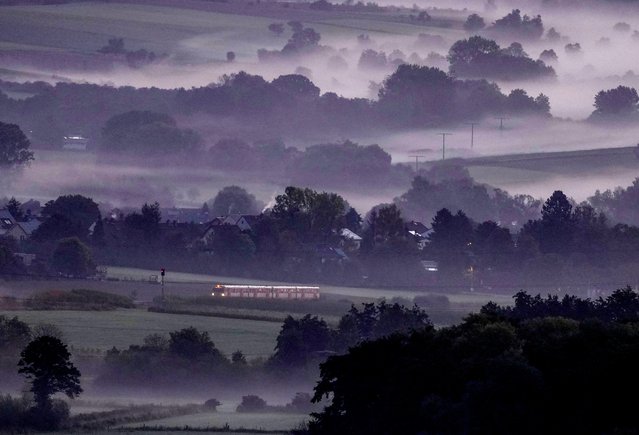 A regional train runs through the fog covered landscape in the Taunus region near Wehrheim early Tuesday, September 28, 2021. (Photo by Michael Probst/AP Photo) 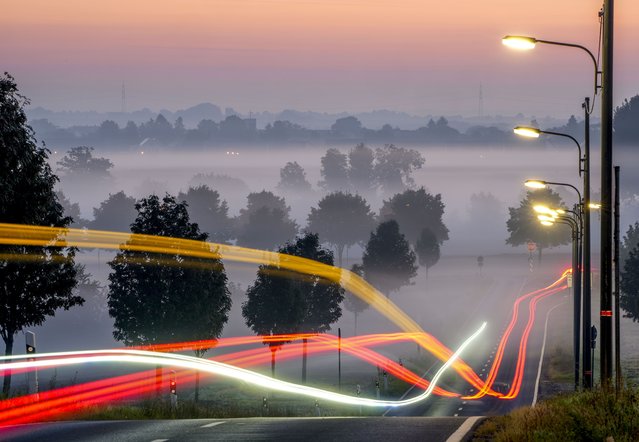 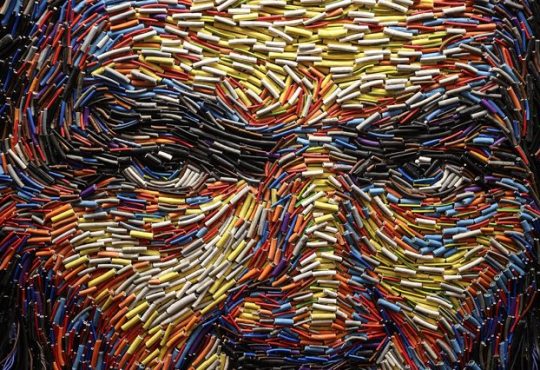 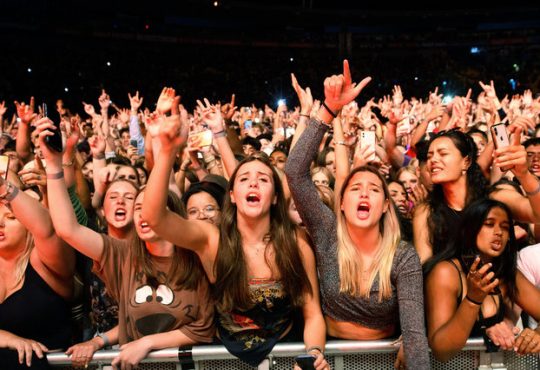 Best Photos of Life in Indonesia